Journey of Life is a game developed and published by Hyperion Studio LLC. It was released on April 15, 2018 on Steam Early Access.

Survival sandbox game where the player finds himself on a group of islands where each island has a different biome with different flora and fauna.

In order to build a village, the player needs to create a variety of stations that will process materials found on the islands into components used in crafting tools and weapons needed for survival.

The player needs to build a dock on the coast to be able to construct a ship used in sailing between islands. Before the ability to departure, the player needs to fill the ship with resources such as food and water to survive the stormy seas!
[Read more...]
Gameplay
Featured Images 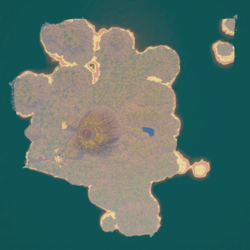 How to help
See how you can help contribute to Journey Of Life Wiki! Remember to maintain a standard for grammar and punctuation in your contributions, please.

Register
Register an account to keep track of your contributions.

Main page sections: 1 · 2 · 3 · 4. Changes for the main page can be proposed here.
Retrieved from "https://journeyoflife.gamepedia.com/index.php?title=Journey_Of_Life_Wiki&oldid=621"
Category: